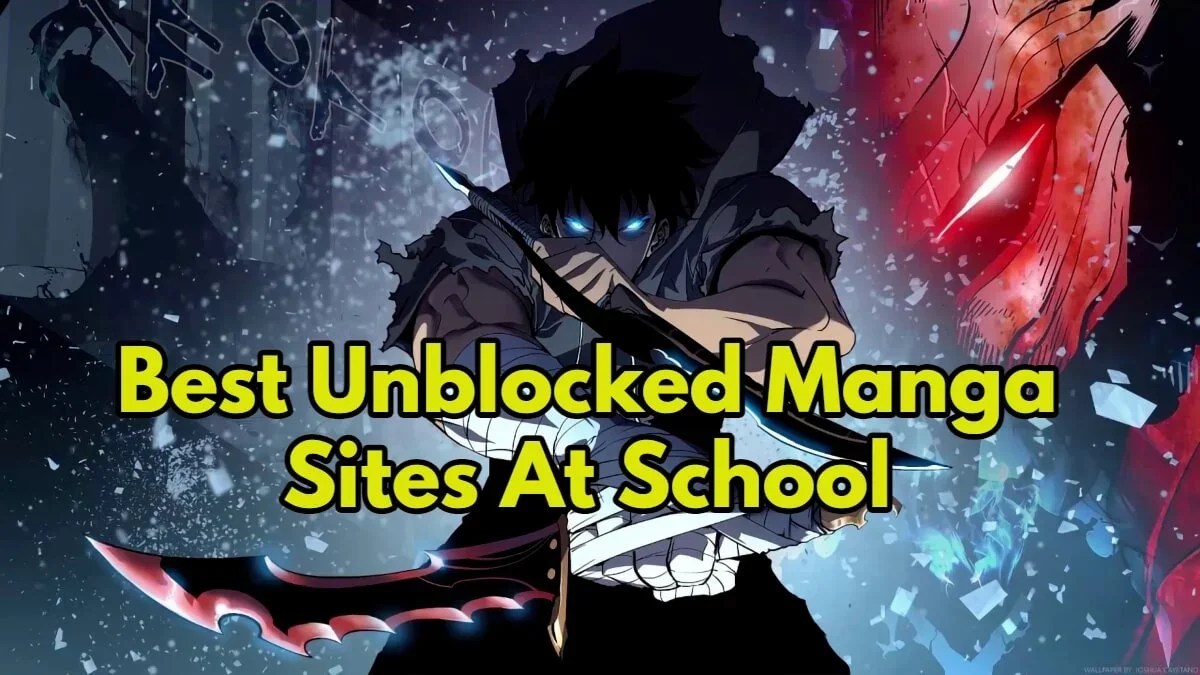 There is no doubt that watching anime and grasping their storyline is a great thing to do in your free time. But do you know most anime are based on some popular mangas? Manga provides a great and broader view over a storyline. So if you are looking for some great manga sites then here are the best Unblocked manga sites in school for anyone to read stories in depth.

In some schools the security or fireball is high and some of the mentioned sites might be blocked in them. So I suggest change the site and use other sites given in this list or you can actually use VPN to access these sites. Even though I’m pretty sure most of these sites will be unblocked. You can also check out the best unblocked anime sites to watch free anime in your school.

Manganelo is one of the top unblocked manga sites right now these days. This site also provides you to log in and save your favorite manga in one place. The site is used by millions of users and the interface is also decent. The search functionality isn’t great in my opinion and finding a decent manga to read of a specific genre is not easy.

MangaOwl is another great site to read free and unblocked manga in one place. The site is mostly unblocked in many regions and you can access it easily. The interface and recommendation of the site are also great. The advanced search option is also available out there to search for a specific type of mangas.

Viz is known for being a legal site to read manga online. I won’t be surprised if this site is blocked in your school as it’s pretty famous and moreover legal. Being a legal site, you won’t find many mangas here and you will surely gonna find it irritating for paying to read the latest chapters. But if you wanna support the creator of manga then you should definitely use this site.

Manga.club is another good website if you wanna read manga online. But honestly, this manga is suited for more adult content than normal ones. Even though I don’t have personally any problem with adult content but most of the theme in this site is usually based on similar genres like romance, yaoi, shojo and all. You can still read other top manga too but it tends to promote adult and romance manga more often.

Mangastream is another great manga site to read manga in your free time. This site isn’t as popular as other sites on the list above so it is very unlikely to be blocked by any school or govt. So you can read unblocked manga on your school using this site easily. The site also lets you bookmark your favorite manga whenever you want.

MangaBob is a nice manga site to read free manga online. The site is also not that popular so it has a huge chance of not being blocked in schools and other govt entities. You can read manga from this site from most of the region except for North Korea that is. Well, the site interface is good and it also has ratings for you to decide which manga to read next. Overall it’s a good website.

H.mangairo is the last one on this list of unblocked manga websites. This is one of the top 10 websites to read manga online. This manga site is good in terms of manga collection and the monthly trending suggestions are also pretty great. You can find some good manga on this site to read. Even though the site isn’t as famous as any of the other manga sites on this list, it still has a good collection and user experience.

So there you have it guys, these are the best unblocked manga sites in school you can use to read the free and unblocked manga. I know some of these mangas sites can be blocked or unavailable in some regions but most of these are gonna work fine. If a site doesn’t work then try the next site as it’s unlikely that every site on this list will be blocked.

Check out: find out the best Unblocked movies sites at school with free movies to watch.

If you like this post and find these mangas helpful then comment down below and bookmark this site as I’m gonna share my favorite manga as well as manga anime manga-related stuff for you to watch and read. This site also provides details about sites that provide unblocked content in schools, colleges, or any other govt entity.

Comment down below to let me know which manga site is your favorite?

Myself Jatin kumar, and I'm the current main writer of this blog. I love to watch movies and play games all the time. My favourite stuff is to watch anime with my friends. I'm just here sharing the knowledge me and my friends have about Internet Sites and so on. Do follow me for intersting stuff.